Amid breakup rumours, Tiger Shroff gives a shoutout to Disha Patani and the rest of the cast

It’s been a few days since reports of Tiger Shroff and Disha Patani‘s breakup took over the social media and leaving their fans shocked. Both Tiger and Disha have not addressed the rumours yet. While a lot has been said and written about their split, Tiger has given a shoutout to Disha and the rest of the Ek Villain Returns cast. Also Read – Ek Villain Returns box office collection day 1: John Abraham, Disha Patani, Arjun Kapoor starrer opens lower than Ranbir Kapoor’s Shamshera 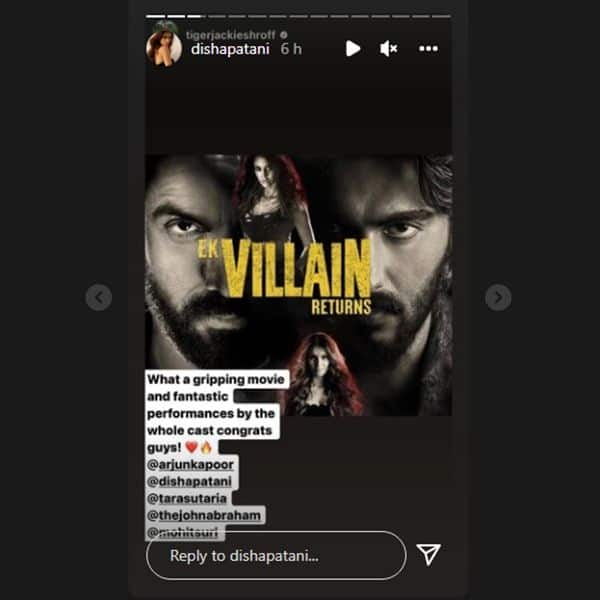 According to the reports, Disha was in a one-sided relationship with Tiger. While Disha was hopeful that things would eventually change but Tiger has been too obsessed with his own life and fitness to be invested in a relationship. Trouble was brewing for a while and they finally outgrew each other.

It is also being said that Disha wanted to get married and Tiger wasn’t keen about it. The reports stated that the rumoured couple almost lived together after Tiger started staying separately. Disha had started feeling that they should tie the knot but Tiger would always reply ‘not now’.

When Jackie Shroff was asked about Tiger and Disha’s breakup, the actor believes that they are the closest of friends and he often sees them going out together. He also said that it is their love story like he and his wife Ayesha Shroff has their own adding that it is up to the rumoured couple if they are compatible with each other or not.