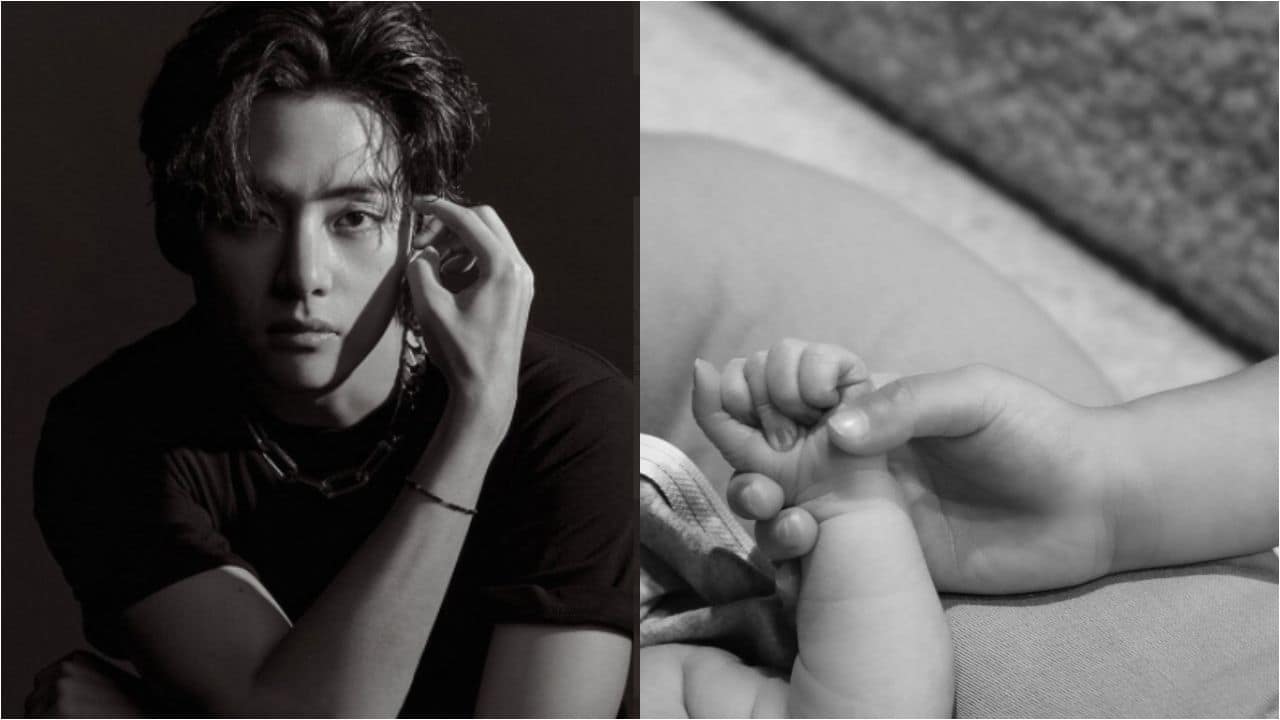 BTS member Kim Taehyung is known for his visuals. A Korean artist Lee Dong-yeon has held an art exhibition in Ulsan, Korea where she has made art works inspired by the BTS member. Kim Taehyung is himself an art lover. Hollywood’s social media sensation and world’s youngest billionaire Kylie Jenner has welcomed her second baby, a boy with husband Travis Scott. Congratulations have poured in for the much-in love couple. Here is a lowdown of the main headlines from Hollywood… Also Read – BTS: ‘Smooth like Butter,’ five-year-old Chandigarh girl’s rendition of the song is one of the cutest things you’ll see today — watch video

BTS member V becomes a muse
BTS member Kim Taehyung is known to be a muse for many artists. His godly good looks has inspired painters, artists, graffiti makers, mural makers and so on. Female painter Lee Dong Yeon who is holding an exhibition in Ulsan, Korea. It is a city near Busan. She has made a number of art works with Kim Taehyung as her muse. K-ARMY and other fans are bowled over by her work, and have praised Kim Taehyung. Check out some of the tweets… Also Read – BTS V aka Kim Taehyung becomes a muse for Korean painter; ARMY says ‘he is everyone’s fantasy’ – view tweets

Omg taehyung became a muse for korean painter,Lee Dong-yeon and it was featured in an art exhibition in ulsan, korea and even newspaper wrote about it! With the theme “korea fantasy”. He’s indeed become every artist’s dream collab and muse. pic.twitter.com/WT7m56foQ8

i’m guessing that not only does he inspire them (artists), but also Taehyung as a muse challenges them. you know how hard it is to recreate a masterpiece, and Taehyung’s face is so perfect.. so to illustrate it just as perfectly, will be so satisfying

Kylie Jenner and Travis Scott welcome second child
Social media sensation and beauty entrepreneur Kylie Jenner is now blessed with a baby boy. She made an announcement on Instagram that Travis Scott and she have welcomed their second child. Congratulations have poured in for them. They have a baby girl, Stormi. Kylie Jenner is known as the youngest billionaire in India. Also Read – BTS: Jungkook loves getting inked and ARMY finds it HOT – check the meaning of some of his tattoos