Farhan Akhtar and Shibani Dandekar are the most carefree couple in tinsel town. They are never bogged down by the trolls, criticism, and judgments around them. They often post adorable pictures and videos of them on their social media accounts and sometimes they face judgments and trolling on the same. Recently Farhan shared a picture of his ladylove Shibani Dandekar on his Instagram and called her his ‘ forever co traveller’. Shibani too had the most adorable reply saying,” my forever fav in everything” with a heart emotion. While netizens trolled them brutally. There are comments that take a dig at Farhan on his first marriage with Adhuna Bhabani who he got separated after 16 years mutually. There are harsh comments that troll him by saying that their forever only lasts for a few years. Also Read – Trending Entertainment News Today: Farhan Akhtar-Shibani Dandekar’s 3 wedding venues, Sushmita Sen-Rohman Shawl to reconcile and more 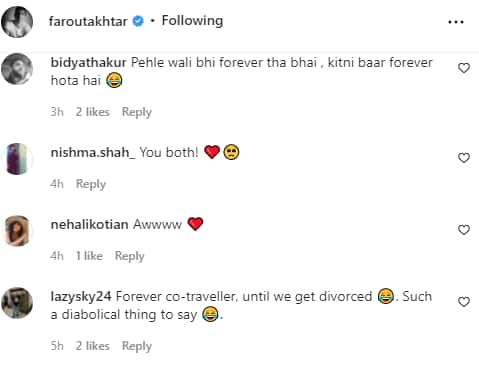 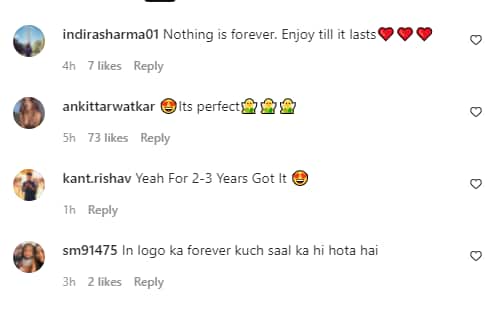 Farhan and Shibani have been dating each other for three years now. And it was Bollywoodlife that exclusively told you that the couple is all set to tie a knot in March’s first week. However, they preponed it to February 21, 2022, and it will be an intimate wedding like we told you earlier. Farhan’s father and veteran lyricist Javed Akhtar even confirmed the news to Bombay Times and said, ” “Yes, the wedding is taking place. Rest, shaadi ki jo taiyyariyan hain that is being taken care of by the wedding planners. Taking the situation into consideration it is obvious that we cannot host anything on a large scale. So, we are only calling a few people. It will be a very simple affair. Khair abhi tak toh invitations bhi nahi bheje gaye hai.” Javed even praised his would be daughter in law, ” She is a very nice girl. All of us like her very much. The most important thing is that Farhan and she get along very well, which is great.”. Well, we wonder if they have left for the shaadi that will be happening in Khandala, Javed Akhtar’s farm house. Also Read – RIP Lata Mangeshkar: Sachin Tendulkar, Amitabh Bachchan, Javed Akhtar, Shraddha Kapoor and others arrive to pay last respects