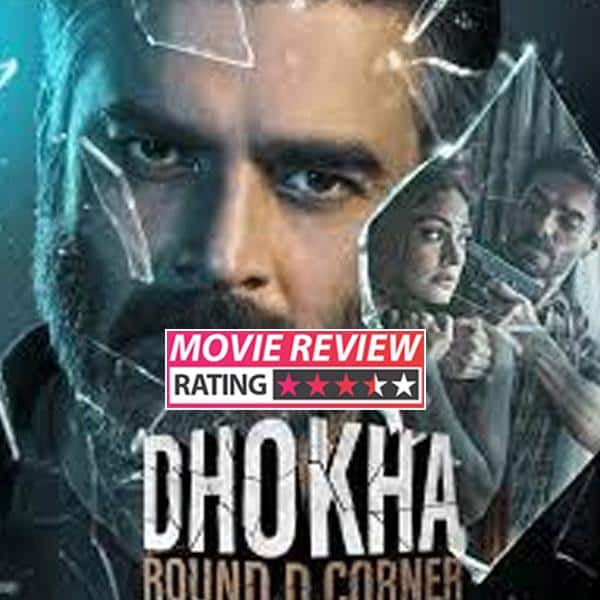 Where to Watch: In Theatres

If Bollywood has been adept at churning our high quality cinema that’ve also been big hits in one particular genre, then it’s got to be thrillers. And among the pantheon of great thrillers the Hindi film industry has also churned out, some like Kaun and Ittefaq (the 1969 original) stand out for how they nail that claustrophobic milieu, which ratchets up the tension in any suspense-filled plot.

Dhokha Round D Corner, directed by Kookie Gulati, and starring Khushalii Kumar, R Madhavan, Darshan Kumaar and Aparshakti Khurana tries something similar albeit with an undercurrent of sensuality right through. Does it take it’s place, too, at that pantheon? Well, it almost does, and that’s as pleasant a surprise as anyone could’ve hoped for, with a dearth of really good Bollywood since AndhaDhun. So, are you excited about what to watch this weekend or what to watch this week and wondering whether Dhokha Round D Corner is worth your time? Scroll down for my full Dhokha Round D Corner movie review below…

Sanchi (Khushalii Kumar) and Sinha (R. Madhavan)’s facade of a happy marriage crumbles when terrorist Gul (Aparshakti Khurana) enters their apartment and takes Sanchi hostage. The more Inspector Malik (Darshan Kumaar) tries to resolve the situation, the more he and the audience are drawn into diverging perspectives of what’s really unfolding

Watch the Dhokha Round D Corner trailer below:

Full credit to Kookie Gulati and Neeraj Singh for the numerous twists and turns they weave into their screenplay and for how none of them seep into over-the-top territory, keeping you on your toes to the very end. Further credit to Kookie Gulati for directing the heck out of this screenplay – a narrative from multiple perspectives with the twists being balanced on a tightrope could’ve so easily fallen off the tails, but he weaves it all into one taut, addictive ride. Of course, it wouldn’t have been possible with some fine performances, with Khushalii Kumar leading the way, treading a fine path between sensuous, vulnerable and devious, while Madhavan and Darshan Kumaar lend her good support in their truncated screentime. Amit Roy’s camerawork, Dharmendra Sharma’s editing and Amar Mohile’s background score also combine well to amy up the mysterious atmosphere.

The major disappointment is Aparshakti Khurana, who tries hard, but just couldn’t crack his part. Additionally, the production values also could’ve been far better as they derail all the good work of the other departments quite a bit. Some of the sub-plots, too, just don’t work and only succeed in hampering the pace.

With little to complain about, Dhokha Round D Corner is a taut, edgy, claustrophobic Bollywood thriller done well after ages, with twists that keep you guessing and performances to pack them up. Definitely an engaging watch for thriller lovers. I’m going with 3.5 out of 5 stars.