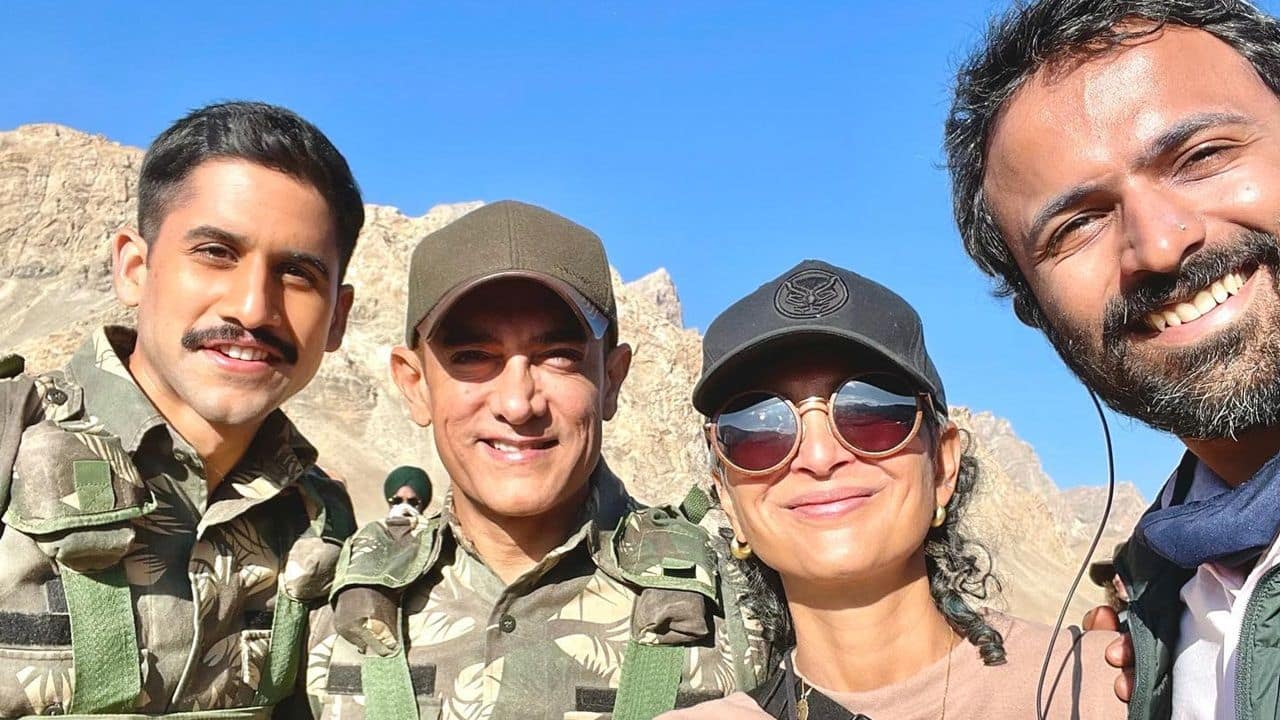 Naga Chaitanya features as an army officer in Aamir Khan‘s upcoming film Laal Singh Chaddha. It also stars Kareena Kapoor in the female lead. This is the first Bollywood film for Naga Chaitanya, son of leading Tollywood actor Nagarjuna. Directed by Adavit Chandan, the film is adaptation of the 1994 American film Forrest Gump which was based on Winston Groom’s 1986 novel of the same name. While Naga Chaitanya had no plans to pursue a career beyond Telugu film industry, Laal Singh Chaddha changed his mind and the reason is none other than Aamir Khan. Also Read – Samantha Ruth Prabhu once revealed how Naga Chaitanya came to her rescue when she didn’t have money

“Since I began my career, my effort has always been to entertain the audience down South. It remains my first love. But growing up, I remember watching Forrest Gump and loving the film. Never would that little kid have imagined being a part of the adaptation one day,” Naga Chaitanya told Hyderabad Times. Also Read – Trending South News Today: Allu Arjun’s Pushpa hand gesture inspired by Shehnaaz Gill, Kili Paul’s new reel on Saami Saami and more

Chay said that playing Benjamin Buford Blue aka Bubba’s character in Laal Singh Chaddha was challenging but a learning experience. “It’s a challenging character, and I had a great time playing it. There have been minor tweaks done to the character to make it suitable for the Hindi audience, but the essence remains the same. We shot in extreme weather conditions at Kargil for 45 days. It was a truly memorable experience,” he said. Also Read – Sonu Nigam RECALLS being reluctant to accept Padma Shri from govt; opens up on his fallout with Pritam after his Subhanallah version was dropped from YJHD

Earlier, Chay had said that after discussing the initial modalities of the script, he went to Mumbai for final discussions and was quickly on board. “It was like magic! Aamir said he’d watched some of my performances and trailers of my film and was very impressed and that he felt I’d be apt for the role,” the actor had told Deccan Chronicle.

Chaitanya had replaced Vijay Sethupathi who backed out of the film, owing to the rising Covid-19 situation across the country. He also couldn’t accomodate Laal Singh Chaddha in my schedule, since he had five Telugu projects in various stages of production to complete.

It was in 2018 that Aamir Khan bought the rights of the film and officially launched production in 2019. It was originally scheduled for a release on Christmas 2020 but the shooting was delayed due to Covid-19 pandemic. It was supposed to hit the screens by the end of 2021. The makers recently issued a statement saying the film’s release has not been moved and it will be released on Baisakhi Day, April 14, after the reports claimed that the release had been pushed back.