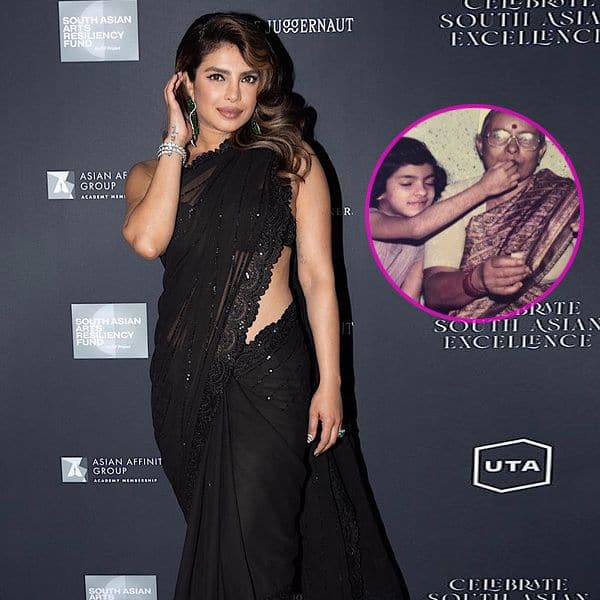 Priyanka Chopra is one of the most successful actresses we have in the industry. Not just the Indian film industry, but the actress has left a strong mark internationally as well. From wearing Indian outfits to celebrating Indian festivals, PeeCee has time and again proved that she is desi at heart. Recently, the actress posted a couple of unseen childhood pictures on Instagram as she remembered her maternal grandmother. The actress captioned the post as, “All of 6, celebrating my Nani’s (maternal grandmother) birthday. She helped raise me while my mom and dad balanced studying and medical careers. She was a hugely consistent part of my upbringing.” Also Read – KGF 2 star Yash on his new found stardom in Bollywood; ‘I don’t believe in this Bollywood audience…’ [EXCLUSIVE]

Priyanka further wrote, “I feel so lucky that I had so many strong maternal figures in my life. I’m so grateful for you all. Miss you always Nani. Also @chickyp85 looking most adorable as always! PS- why do I look so diabolical in the first picture? Your thoughts? #mondaymusings #memories #motherfigures #nostalgia #just.” Also Read – Ranbir Kapoor-Alia Bhatt wedding: Brahmastra’s box office collection to be badly affected; ‘Major plus point eliminated,’ says industry expert [EXCLUSIVE]

The actress’ fans are loving these pictures. A fan commented, “This is so cute Priyanka.” Another fan wrote, “THE CUTEST BABY.” One more fan wrote, “Love it!!! Nani and dadis are soooo special.” Also Read – Lock Upp: After Mandana Karimi’s shocking revelation about abortion, her video of kissing Saisha Shinde goes VIRAL – Watch

Well, PeeCee is one of the most active celebs on social media and keeps her fan updated about her daily life. A few days ago, she had posted a few pictures in which she was donning a yellow salwar suit, and her Desi Girl avatar was loved by her fans. The actress had captioned the post as, “When the sun hits just right..”

On the work front, Priyanka will be seen in movies like Text for You and Jee Le Zaraa. The latter, which will be directed by Farhan Akhtar, also stars Katrina Kaif and Alia Bhatt in the lead roles. The movie will reportedly start rolling in the second half of this year. Apart from these films, the actress will also be seen in Amazon Prime Video’s Citadel.