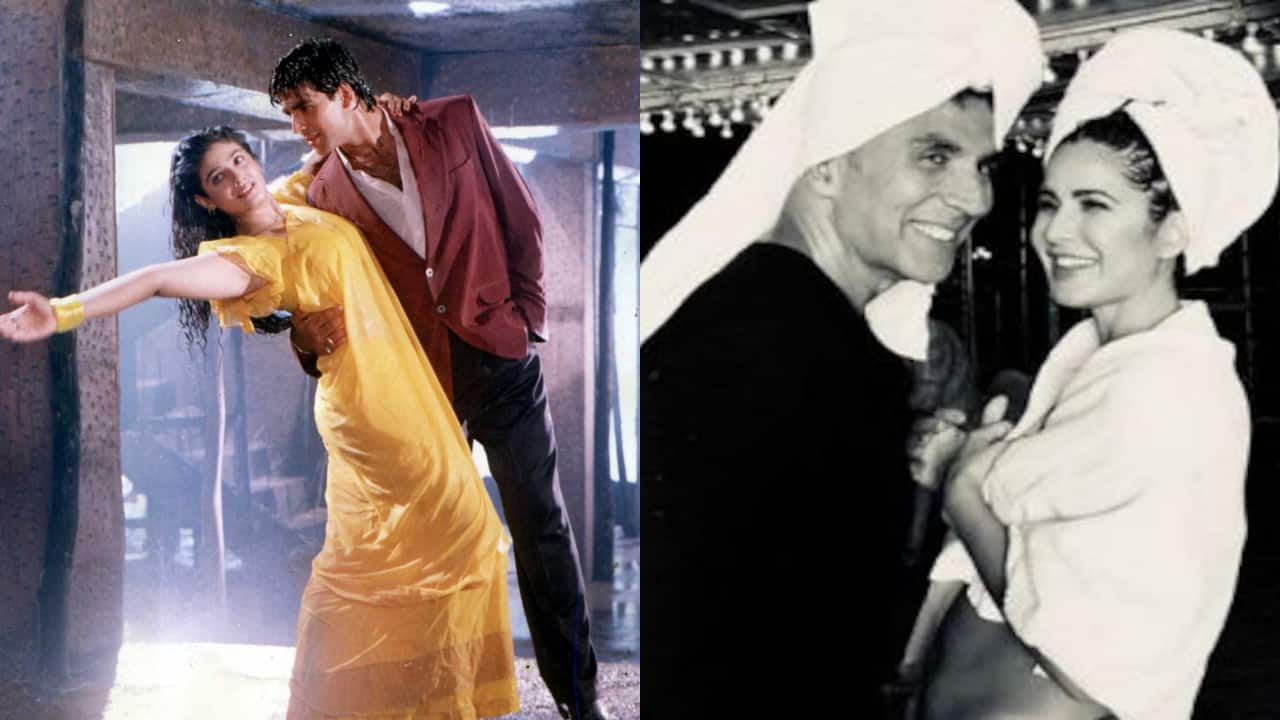 Raveena Tandon has reacted to Katrina Kaif replacing her in the Tip Tip Barsa Pani remake song. The OG classic was from 1994’s Mohra which also featured Akshay Kumar. The latter was retained for the new version as well. Raveena Tandon sat down for a chat with Film Companion when she was asked why Bollywood is ‘still afraid of women of a certain age’. The actress responded by saying that things are changing in Bollywood slowly and gradually. Raveena feels that the remake featuring Katrina Kaif and Akshay Kumar brought back the OG in the remix and youngsters are loving it. Also Read – Throwback Thursday: When Katrina Kaif’s comment on Janhvi Kapoor’s ‘very very short shorts’ irked Sonam Kapoor

On reacting to whether Bollywood is afraid of women of a certain age, Raveena Said, “That is slowly wearing out, I can see the change, for sure. But there is room for much, much more.” Talking about the remake, the gorgeous actress added, “About the item songs, it’s been a win-win situation, all these remixes, they get a new life, they get a new beat. The youngsters are loving them. In the end, I kind of end up owning them all over again.” Also Read – Trending Entertainment News today: Rakul Preet Singh breaks silence on her marriage with Jackky Bhagnani; Anusha Dandekar shares an update about Farhan Akhtar-Shibani Dandekar’s wedding

When the new Tip Tip Barsa Pani was released, Farah Khan (who choreographed the new song) revealed that Raveena Tandon was the first one to call and say that the song is fab and so is Katrina. In another interview with Pinkvilla, Raveena revealed how she shot for Tip Tip Barsa Pani in Mohra. The actress revealed that the song was shot at a construction site. There were nails and stones were lying around. Moreover, was supposed to be drenched all the time and the water used was very cold. Raveena disclosed that she had a fever and was on her period while shooting for the sensuous dance number. In yet another interview with Asian Age, the K.G.F Chapter 2 actress revealed this was the only song she did that was provocative in nature. Also Read – Salman Khan’s Tiger 3, Katrina Kaif’s Merry Christmas and more; here’s an update on shooting of Biggies amid the rise of Covid-19 cases