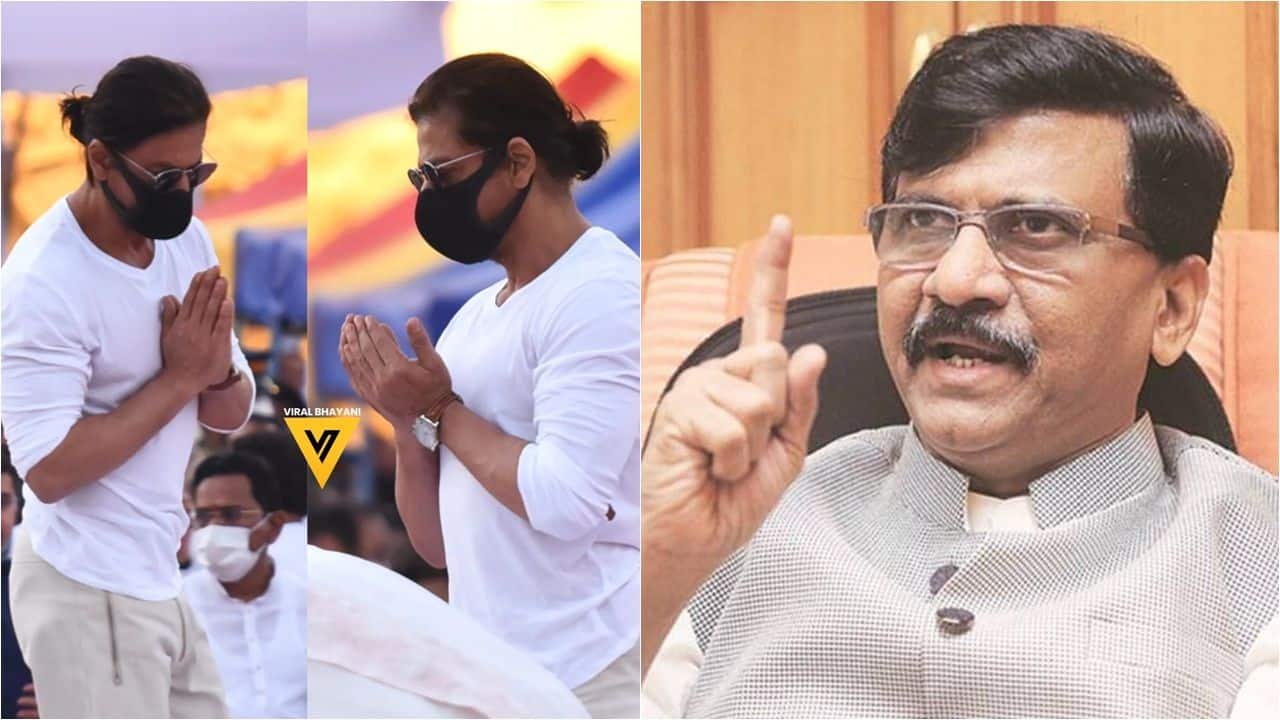 A video of Shah Rukh Khan blowing out air while reciting ‘fateha’ (dua) for the departed soul of Bharat Ratna and legendary singer Lata Mangeshkar, who passed away on February 6 due to multiple organ failure post Covid-19 complications, had gone viral on the internet. A certain section of people including the state in-charge of BJP Haryana, Arun Yadav, and BJP’s UP spokesperson Prashant Umrao accused that the Bollywood’s Badshah of allegedly ‘spitting’ on Lataji’s mortal remains. While many right-wing social media users instantly jumped on this bandwagon, Shiv Sena MP Sanjay Raut has slammed the brutal politics that is being done in the name of religion. Also Read – Shraddha Kapoor pens a touching note for her ‘Aaji’ Lata Mangeshkar and it’s sure to leave you teary eyed

“It is shameful the way people are trolling him (Shah Rukh Khan). Some people are doing politics in the name of religion even on the sad occurrence of Lata ji’s demise. We all know who these people are. Nobody needs to be told,” Sanjay Raut was quoted as saying by ANI. Also Read – Rakhi Sawant strongly REACTS to haters saying Shah Rukh Khan spat at Lata Mangeshkar’s funeral

On Sunday, Shah Rukh Khan and his manager Pooja Dadlani were present at Shivaji Park in Mumbai to pay their last respects to Lata Mangeshkar. Her last rites were performed with full state honours. Apart from the ongoing controversy, a picture of Shah Rukh Khan raising his hands in dua and Pooja Dadlani joining her hands to pray for the departed soul, had also gone viral. Many people had said that this is the picture that perfectly represents India. Also Read – Suhana Khan MAJORLY misses her GOOD old days from college amid reports of her Bollywood debut [VIEW PICS]

Several top Bollywood personalities including Aamir Khan, Javed Akhtar, Shankar Mahadevan, Madhur Bhandarkar, Anuradha Paudwal, Shraddha Kapoor, Ranbir Kapoor, and other top political leaderes were also present at Lataji’s funeral. Millions of ordinary Mumbaikars and other Indians mourned for the departed legendary singer at the funeral venue and at their homes in the country and globally, marking the end of a musical era symbolised by their favourite Lata Mangeshkar.