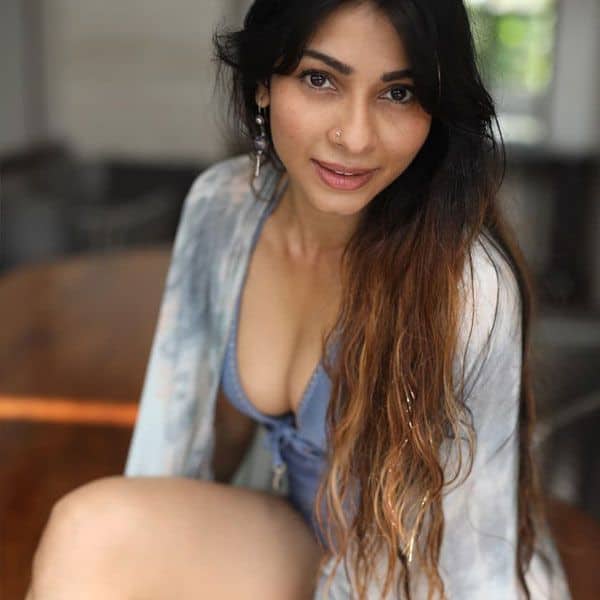 Tanishaa Mukerji was in the headlines recently due to the pictures shared by her that speculated that the actress has secretly got married. The actress shared the picture of wearing a toe ring that usually married women wear and that led to the strong rumours of her being secretly hitched. In fact, her fans and loved ones showered congratulatory messages on the actress. But seems like one has to wait for Tanishaa’s grand wedding a the actress is yet to walk the aisle with her someone special. Tanishaa addressed all the conjectures around her and said, ” I like wearing toe rings and I thought it looked good. That’s why, I took a picture and posted it. There’s nothing more to it. Do I need to justify my fashion sense to people?”. Also Read – Salman Khan’s Tiger 3 to get delayed because of Shah Rukh Khan’s Pathan – Read Deets

Talking about marriage n her mind she said, ” Of course, everybody thinks about it. My dream wedding keeps changing till I find the dream man to get married,” she quips, and adds, “I’m not breaking all the hearts yet. If and when I tie the knot, I will let the world know it. I’m not a quiet person. It’ll (the wedding) be a fanfare.” Tanishaa is yet to find her man and till then she is happy being single, ” “The whole world knows that I’m single. There’s no need to keep it ambiguous. And I’m happy being single.” Also Read – Salman Khan, Kareena Kapoor Khan, Shah Rukh Khan and more: Celebs who showed their generous side and worked for free in certain films

Tanishaa was seen in Bigg Boss 7 where her closeness with former actor and her co contestant Arman Kohli grabbed a lot of eyeballs. In fact there was a rime when Salman Khan even asked the actress to be aware that there is camera in the house and he comes from a very respected family. It was clearly a stern warning from the superstar. Right now the actress is holidaying in Goa and is having time of her life. Also Read – Salman Khan’s ex girlfriend Somy Ali REVEALS what had happened when she proposed marriage to him