Tiger 3: Vicky Kaushal to fly down to Delhi to spend first Valentine’s Day with Katrina Kaif as she shoots with Salman Khan — read deets

Tiger 3: Vicky Kaushal to travel to Delhi to be with Katrina Kaif on Valentine’s Day as she shoots with Salman Khan for the action entertainer read deets 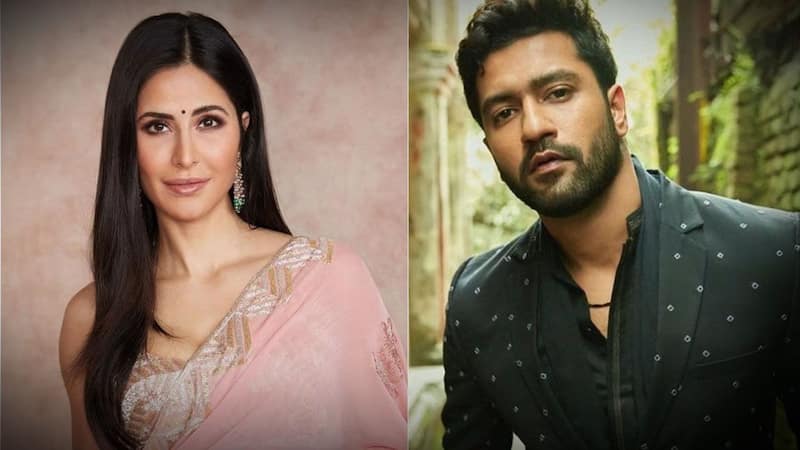 Vicky Kaushal and Katrina Kaif are one of the most adored pairs in Bollywood. The actress will be away on Valentine’s Day shooting in Delhi for Tiger 3 with Salman Khan. This is the last leg of the movie. As per a report in India Today, Vicky Kaushal might just fly down from Mumbai to Delhi to be with his lady love on the special day. This is the couple’s first Valentine after marriage. Yash Raj Films has selected some locations in Delhi for the last leg of the shoot. It seems heavy security has been arranged for Salman Khan and Katrina Kaif. Also Read – Valentine’s Week 2022: Vicky Kaushal-Katrina Kaif to Kareena Kapoor-Saif Ali Khan – Check out how these 5 Bollywood couples proposed their partners

Katrina Kaif had flown down to Indore to celebrate her first Lohri with Vicky Kaushal. The lady shared pics of her dressed in a red suit with him. We have to see if Vicky Kaushal too decides to spend time with his wife. A source told India Today that Salman Khan and Katrina Kaif will be shoot for the last patch work of Tiger 3 in the capital. The source told the portal, “And this year, it will be Katrina and Vicky Kaushal’s first Valentine’s Day. Katrina had flown down to Indore to celebrate their first Lohri. It remains to be seen if Vicky will fly to Delhi to celebrate their first Valentine’s Day after wedding to Katrina.” Also Read – Shehnaaz Gill confirmed to star in Kangana Ranaut’s Lock Upp? Read Exclusive Deets

Vicky Kaushal and Katrina Kaif tied the knot in December in Rajasthan. Tiger 3 is a much-awaited movie for all fans of all fans of Salman Khan and Katrina Kaif. The two movies in the franchise are blockbusters. This time, Katrina Kaif has performed some jaw-dropping action scenes in the movie. They have shot the movie in five different nations. Yash Raj Films managed to keep the film on schedule despite the coronavirus pandemic. They will be shooting in Delhi under strict guidelines. Also Read – Salman Khan’s Kabhi Eid Kabhi Diwali, Ranbir Kapoor’s Animal, and more Bollywood Biggies already book Holiday weekends of 2023